“Giving children roots and wings” is the motto of Lycée Aline Mayrisch, which aims to help pupils to become independent and responsible young people in everyday life. With this in mind, from the beginning of the school year the 7e pupils are responsible for their classroom, its key, as well as the keys for the computer cupboards. In the first trimester, the pupils, helped by their tutor, establish a code of conduct within the class and learn during the 7e challenges (Défi) to organise themselves and take responsibility for their project.

The further pupils advance in school, the more independence and responsibility they will learn, an evolution that is observed gradually over the years. Whilst in 7e it will be predominantly the teachers who organise the projects, as at this stage students are not yet able to do them alone. In 2e, it is the pupils themselves who implement, organise and partially finance their self-organised trip. Before being able to throw themselves into the project, the pupils must present it, giving explanations regarding its organisation and the week’s activities in front of a jury of teachers.

Many teachers also make it a point of honour in their lessons to develop their pupils’ capacity for independence. In secondary technical education (enseignement secondaire général, ESG), this independent work makes up an hour per week of the pupils’ timetable. It is thanks to the established rules and clear instructions given by the teaching staff that the autonomy acquired by the pupils does not turn into disorganised chaos. 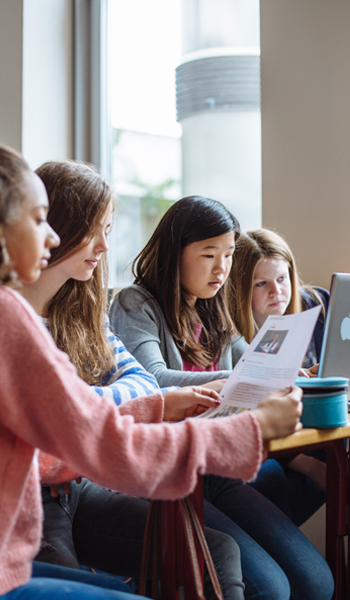